IMF: Hard Brexit will come at a cost to UK economically 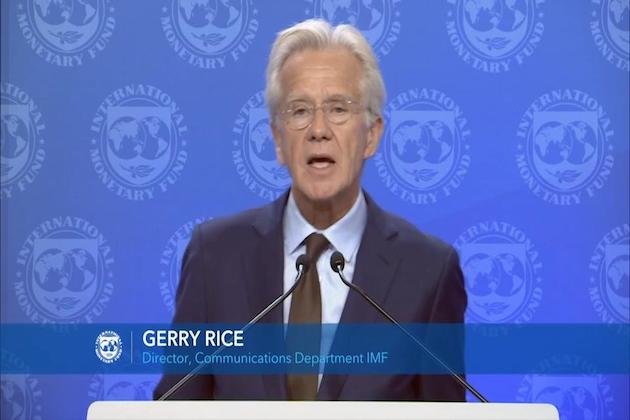 WASHINGTON DC - The International Monetary Fund believes the biggest risk to the UK economy in the near term is the country exiting the European Union without an agreement.

In asking if the IMF shared the view of the Bank of England, which the viewer said was that the impact of a no-deal Brexit would be worse than the global financial crisis, IMF representatives would not be drawn into that.

"I wouldn't comment on the Bank of England's assessment," Gerry Rice, Director of the Communication Department of the IMF said this week.

"Our views on the economic impact of Brexit I think have been well articulated and well covered, actually. We did a staff report on the UK several weeks ago, published mid-November, and it has our most updated scenarios."

"In summary, what we were saying in that staff report and Christine Lagarde has said this too, that all likely Brexit outcomes will entail costs for the UK economy by departing from the frictionless single market that exists today. And the higher the impediments, the higher the cost," Rice said.

"So, and again, we've said this for some time, an agreement that minimizes uncertainty and trade barriers will be the best to support growth. And we've also said I think I said here also a few weeks ago, that the hard Brexit or the no deal Brexit, leaving without a withdrawal agreement and a framework for the future relationship with the EU is the most significant near-term risk to the UK economy. So I'd characterize our position that way," the IMF official added.

BEIJING, June 5 (Xinhua) -- Beijing will lower its emergency response to the novel coronavirus epidemic from the second level ...

75% of consumers in UK, Australia and U.S. slam Chinese government

LONDON, UK - More than 75% of consumers in the UK, US and Australia blame the Chinese government for the ...

CHRISTCHURCH, New Zealand - New public housing that will save tenants money in energy bills, and provide warmer, healthier and ...