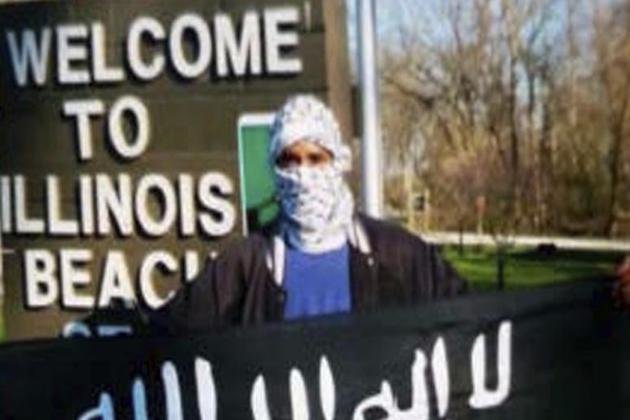 CHICAGO, Illinois - Two Chicago men are facing decades in jail after being convicted of conspiring to give material support to the designated-foreign terrorist organization ISIS.

A jury in federal court in Chicago on Thursday convicted Joseph D. Jones, 37, and Edward Schimenti, 37, both of the northern Chicago suburb of Zion, Illinois, on one count of conspiring to provide material support and resources to ISIS. Schimenti was also convicted on one count of making false statements to the FBI.

The material support charge is punishable by a maximum sentence of 20 years in prison, while the false statement count carries a maximum sentence of eight years. U.S. District Judge Andrea R. Wood did not immediately set a sentencing date. A status hearing was scheduled for Aug. 14, 2019.

The case was investigated by the Chicago Joint Terrorism Task Force, which is comprised of numerous federal, state and local law enforcement agencies.

Evidence at trial, according to a statement released by the U.S. Justice Department on Friday, revealed that Jones and Schimenti advocated on social media for violent extremism in support of ISIS.

In 2015, Jones and Schimenti began meeting with undercover FBI employees and individuals who were cooperating with law enforcement. During the meetings, Jones and Schimenti discussed their devotion to ISIS and their commitment to ISIS' violent extremist principles. Many of these meetings occurred in the northern suburbs of Chicago. Jones and Schimenti at one point shared photographs of themselves holding the ISIS flag at the Illinois Beach State Park in Zion.

The false statement conviction against Schimenti, the department statement says, stems from the materially false statements he gave to the FBI after his arrest. During the interview, Schimenti said he had never engaged in conversations about bomb detonators, and that he was under the impression the phones would be repaired and re-sold and not used for any other purpose.

The announcement by the Justice Department on Friday of the convictions was made by Assistant Attorney General for National Security John C. Demers, U.S. Attorney John R. Lausch Jr. and Special Agent-in-Charge Jeffrey S. Sallet of the FBI's Chicago Field Office.

The U.S. government is represented in the cases by Assistant U.S. Attorneys Barry Jonas, Rajnath Laud and David Rojas of the Northern District of Illinois and Trial Attorney Alexandra S. Hughes of the National Security Division's Counterterrorism Division.