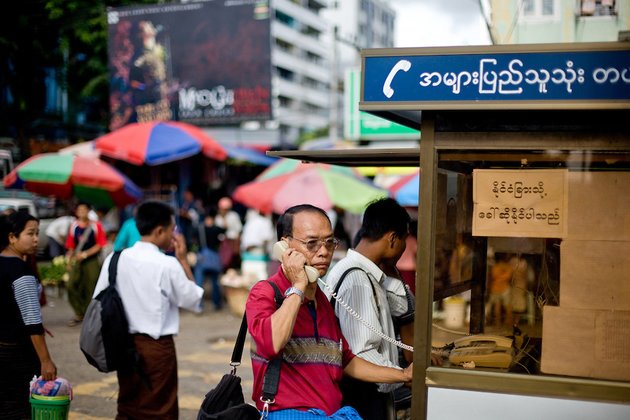 With "no media access" in parts of the country and "serious restrictions" on humanitarian organizations, the United Nations expert on the situation of human rights in Myanmar urged the government on Monday to "reverse its decision" and lift the mobile Internet ban.

"The entire region is in a blackout," she said. "I fear for all civilians there, cut off and without the necessary means to communicate with people inside and outside the area."

According to recent reports, over the last six months, both parties to the conflict have committed violations of human rights and international humanitarian law.

On Thursday, the Ministry of Transport and Communications said that Internet services were being used to coordinate illegal activities and ordered all mobile network providers under the Telecommunications Law of 2013, to temporarily cut mobile internet services.

Citing credible reports from a few days earlier, the Special Rapporteur asserted that the Tatmadaw, or national army, had conducted helicopter attacks in Minbya Township in central Rakhine, and that the following day, the Arakan Army - a rebel insurgent group in the state - fired on a navy ship in Sittwe, killing and injuring several soldiers.

"I am told that the Tatmadaw is now conducting a 'clearance operation', which we all know by now, can be a cover for committing gross human rights violations against the civilian population", the UN expert said.

The conflict between the Arakan Army and the Tatmadaw has been ongoing since late 2018, with civilians bearing the brunt of the violence.

Throughout this time, over 35,000 civilians have been displaced and dozens of civilians, including children, have been killed and injured by both indiscriminate and targeted attacks. Others, mainly ethnic Rakhine men, have died while in the military's custody.

"We must not forget that these are the same security forces that have so far avoided accountability for the atrocities committed against the Rohingya in Rakhine State less than two years ago", reminded the UN envoy.

Ms. Lee called on the Government to reverse its decision and remove the mobile Internet ban, saying: "The restrictions on the media and humanitarian organizations must be lifted immediately."

"Both parties to the conflict must ensure that civilians and civilian objects are protected at all times and uphold international humanitarian law", she concluded.

The UN Deputy Spokesperson, Farhan Haq, told journalists in New York on Monday that the Organization continues to hope "that there will be conditions set that would allow for the peaceful return of the Rohingya to that state", adding in relation to the internet blackout that "we want to make sure that freedom of opinion and freedom of expression is upheld".