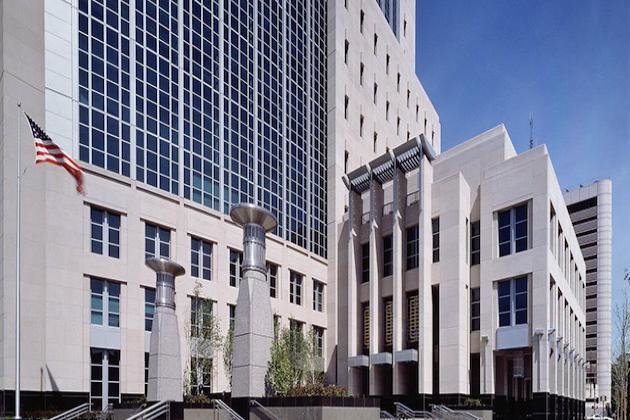 SACRAMENTO, California - A Californian couple have been accused of treating a Guatamalanl woman and her two minor daughters as slaves.

An indictment was unsealed Monday in federal court in the Eastern District of California following the arrests of Nery A. Martinez Vasquez, 50, and Maura N. Martinez, 50, of Shasta Lake, a city with a population of just 10,000 in northwest California.

According to the allegations set forth in the indictment, between September 2016 and February 2018, Vasquez and Martinez, who are husband and wife, and who originally hailed form Guatemala, conspired to bring a Guatemalan woman and her two minor daughters to the United States using temporary visitor visas, harbored them after their visas expired, and forced them to work 12 hours a day, seven days a week, at a restaurant called Latino's, and a cleaning service known as Reddings Carpet Cleaning and Janatorial Services, businesses in the Shasta Lake area, for minimal to no pay.

The indictment further alleges that the couple imposed a debt on their victims to prevent them from returning to Guatemala, subjected them to physical, psychological, and verbal abuse, threatened them with arrest, and separated the Guatemalan woman from her daughters, all to compel their labor.

The indictment charges the defendants with conspiracy, forced labor, and alien harboring for financial gain.

Assistant Attorney General Eric Dreiband of the Justice Department's Civil Rights Division, U.S. Attorney McGregor W. Scott of the Eastern District of California, and Special Agent in Charge Sean Ragan of the FBI's Sacramento Division made the announcement of the indictment on Monday.

The case is being investigated by the FBI's Sacramento Division. It is being prosecuted by Trial Attorney Avner Shapiro for the Civil Rights Division's Criminal Section and Assistant U.S. Attorney Amy Schuller Hitchcock for the Eastern District of California.

Sacramento was one of six districts designated through a competitive, nationwide selection process as a Phase II Anti-Trafficking Coordination Team, through the interagency ACTeam Initiative of the Departments of Justice, Homeland Security and Labor. ACTeams focus on developing high-impact human trafficking investigations and prosecutions involving forced labor, international sex trafficking and sex trafficking by force, fraud or coercion through interagency collaboration among federal prosecutors and federal investigative agencies.