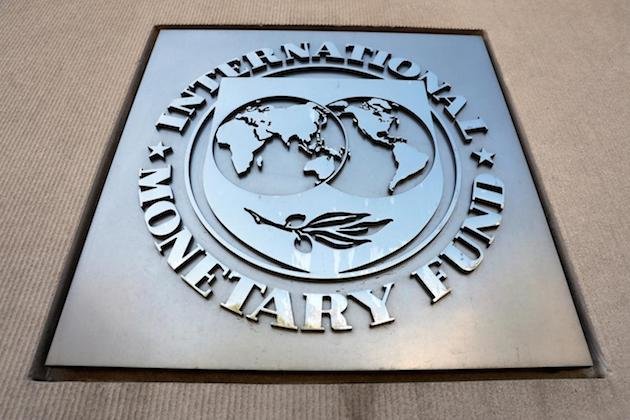 WASHINGTON DC - The U.S. economy is in the longest expansion in recorded history, says the latest assessment by the International Monetary Fund (IMF).

The international agency concluded its annual consultation with U.S. officials on Friday, while the full report on its conclusions was published on Monday.

Unemployment is at levels not seen since the late 1960s, and economic activity is growing above potential, aided by a fiscal stimulus and supportive financial conditions, the assessment says. Real wages are rising, including for those at the lower end of the income distribution, and productivity growth appears to be recovering. Against this backdrop, inflationary pressures remain remarkably subdued.

Despite these positive macroeconomic outcomes, the benefits from this decade-long expansion have not been shared as widely as they could, the IMF report says. Average life expectancy is falling, income and wealth polarization have increased, poverty has fallen but remains higher than in other advanced economies, and social mobility has steadily eroded.

In addition, a number of medium-term risks are growing. The financial system appears healthy, the IMF says, but vulnerabilities in leveraged corporates and, potentially, in the nonbank system are elevated by historical standards. An abrupt reversal of the recent supportive financial market conditions or a deepening of ongoing trade disputes represent material risks to the U.S. economy, with concomitant negative outward spillovers.

The U.S. public debt-to-GDP ratio too is on an unsustainable path and is expected to continue rising throughout the medium-term, as aging related spending rises.

The consultation, said the IMF, focused on the policies needed to address these risks, preserve financial stability, support the standard of living for low- and middle-income households, and rebuild fiscal space.

The international agency's executive directors observed that public debt is on an unsustainable path, trade tensions and uncertainties are continuing, and medium-term risks to financial stability are rising. Continued vigilance, prudent macroeconomic policies, and supply-side reforms would be critical, they said, to securing strong, balanced, and inclusive growth, generating positive spillovers to the rest of the world.

Directors called on the authorities to address external imbalances through fiscal adjustment and supply-side reforms that enhance productivity and competitiveness. They encouraged thew U.S. to work constructively and cooperatively with its trading partners to address distortions in the trading system and resolve trade tensions in a manner that promotes a more open, stable, and transparent rules-based international trade system.

Directors underscored the need to ensure that the benefits of the strong economy are broadly shared. They considered it a priority to address rising income inequality and improve social outcomes. To this end, they encouraged initiatives to reform the educational system, healthcare, and social programs. Specifically, directors recommended expanding the Earned Income Tax Credit, providing family-friendly benefits, and improving healthcare coverage while tempering costs.

The IMF executive directors stressed that policy adjustments are necessary to lower the fiscal deficit and put public debt on a gradual downward path over the medium term. They recommended that the authorities consider possible options to better control entitlement spending and raise indirect taxes. They considered that these efforts would create fiscal space to expand needed investments in infrastructure and human capital. They also saw scope for further improving the budgetary process.

Directors said they welcomed the Federal Reserve's pause in interest rate adjustments. They agreed that any further increases in the federal funds rate should be deferred until there are clearer signs of wage or price inflation. In this regard, they appreciated the authorities' continued adherence to a data-dependent approach and clear, forward-looking communication. Directors also indicated they welcomed the authorities' readiness to consider refinements to the monetary policy framework following the Federal Reserve's review of its monetary policy strategy, tools, and communication.

The IMF officials observed that the financial system appears healthy, with well-capitalized banks. However, risks are building up among leveraged corporations and, possibly, in the nonbank sector. An abrupt reversal of supportive financial market conditions, they said, could weigh on real activity and job creation, with negative outward spillovers. Directors emphasized the importance of enhancing the risk-based approach to regulation and supervision, strengthening the oversight of nonbanks, and addressing remaining data gaps.