United Nations peacekeepers to pull out of Haiti in October 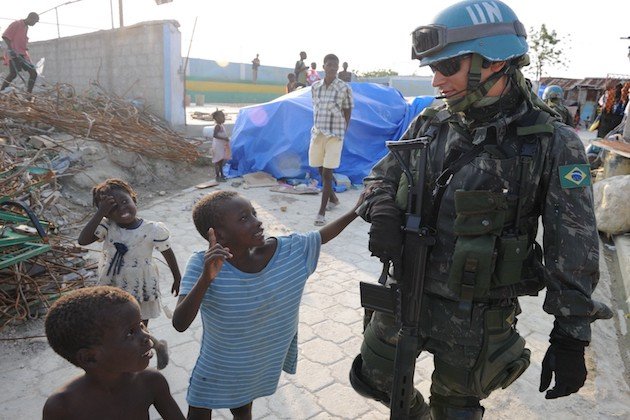 PORT-AU-PRINCE, Haiti - UN peacekeepers in Haiti will end their mission later this year and leave the country.

In their place, the UN is to establish a UN "Integrated Office" which will support the country's government to strengthening political stability and provide good governance.

The new Office, to be named BINUH, will replace the 15-year long peacekeeping mission, MINUJUSTH, on 16 October.

BINUH will be run by a Special Representative, who will assist the Haiti government to plan elections; train the Haitian National Police in relation to human rights; respond to gang violence.

Speaking on behalf of the United States, which drafted the resolution, acting Ambassador Jonathan Cohen, described the adoption of the resolution as "a historic moment", but said that U.S. was "clear-eyed" about the challenges that lie ahead, and recognized that a successful transition in Haiti will depend on the government assuming responsibility for a range of issues, including ensuring free and fair elections, a reduction in gang violence, and the protection of human rights.

Mr. Cohen added that close coordination between UN entities, international partners, and others invested in Haiti's success, will be necessary, and that "constructive and inclusive dialogue", will "lay the foundation for a sustainable future for all Haitians".

However, according to UN News, some top diplomats in the Council expressed their disappointment that the resolution did not stress Haiti's vulnerability in the face of climate change.

Germany's Ambassador to the United Nations, Christophe Heusgen, pointed out that, since 2011, the Security Council has repeatedly made clear its concern that the effects of climate change may aggravate existing threats to peace and security. Mr Heusgen added that, in Haiti, climate change is a "threat multiplier", which could further destabilize the country, and "create new conflicts over increasingly diminishing resources and derail efforts in peace-building and stabilization."

Haitian Chargé d'Affaires Patrick Saint-Hilaire, said that the creation of BINUH was "a step in the right direction", and pressed the UN to ensure that all Haitians enjoy stability, human rights, democracy and the rule of law, adding that he wanted the new Office to be ready to tackle the many difficulties faced by the country. Mr. Saint-Hilaire also raised the subject of climate change, citing the crisis as one of the many risks facing Haiti, alongside cholera, national disasters and "even hunger riots."

(Brazilian UN peacekeeper talks to Haitian kids during a patrol in Cite Soleil, a section of Port-au-Prince).