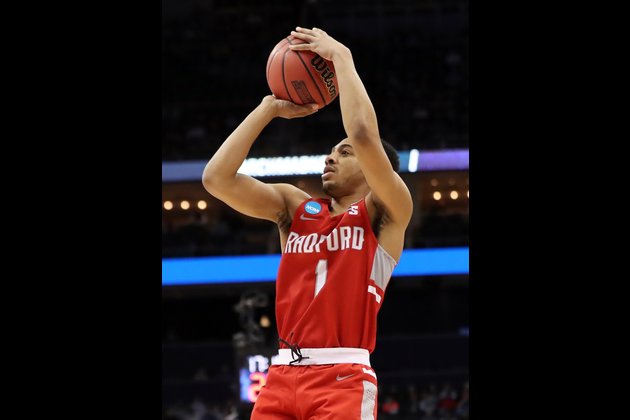 Graduate transfer Carlik Jones scored 18 points in his Louisville debut, as the host rolled to a season-opening 79-44 win over Evansville on Wednesday.

Jones, who spent his first three collegiate seasons at Radford and averaged 20.0 points in 2019-20, scored 11 during a first half in which the Cardinals used a 14-0 run - that spanned roughly seven minutes - to erase an early 5-3 deficit. He finished shooting 6-of-11 from the field and added eight rebounds and seven assists.

Samuell Williamson had 17 points with six rebounds and five assists, JJ Traynor scored 11 and Quinn Slazinski added 10 for Louisville, which also did a strong job in shutting down Evansville, picked last to finish at the bottom of the Missouri Valley Conference.

The Aces, who have lost 20 consecutive games, missed 10 of their first 11 shots, shot 20.8 percent from the field in the first half and 29.8 percent for the game. Shamar Givance and Evan Kuhlman each had 10 points for Evansville, which went 6-of-26 from 3-point range overall.

The Cardinals shot 56.6 percent and made seven of their final 10 shots to lead 36-16 lead at halftime. They finished at 58.5 percent for the game, and came through despite just four points from David Johnson, considered the most talented player returning for the team, who was in foul trouble most of the game.

Paced by Traynor, Williamson and Jones, Louisville used an 11-0 run early in the second half to build a 58-25 advantage with about 11 minutes to play in the contest.

Louisville played without talented 6-foot-11 senior Malik Williams, who is dealing with a foot injury. The Cardinals were initially slated to open the season against Southern Illinois, but the Salukis were forced to cancel due to COVID-19 issues. Evansville stepped in as a replacement.