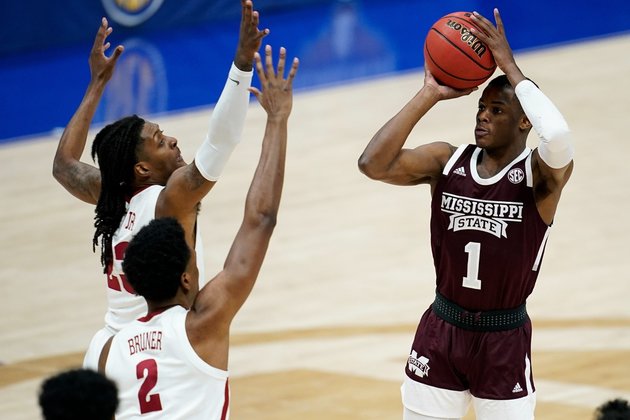 Richmond is letting leads slip away and losing opportunities to build a polished NCAA tournament resume.

The season is only a few weeks old, but for mid-major teams like the Spiders, games in November are critical when they're against big-conference schools.

Richmond (3-3) gets one of those rare chances on Saturday when it faces Mississippi State (4-1) in the consolation game of the Bahamas Championship in Nassau.

"We don't get these opportunities as much as we'd like," Spiders coach Chris Mooney said. "We'll have to be ready to go and have a great understanding of what's at stake."

Richmond hopes it goes better than Thursday night when it led Maryland of the Big Ten by 12 points but withered in the final minutes of an 86-80 loss.

It's becoming a familiar pattern for the Spiders, who have been in position to lock down other resume-building wins. They had a seven-point lead before falling to Utah State of the Mountain West. They also dropped a game to Drake of the Missouri Valley Conference after leading by eight points with less than six minutes to go.

"We gotta figure out how to close games a little better," said Richmond's Nick Sherod. "We were right there in all three of our losses."

Mississippi State is smarting as well after taking a thumping, 72-58, against Louisville on Thursday. The Bulldogs got down early and never made a serious run as they missed their first 14 shots from beyond the arc.

It was an uncharacteristic showing as the Bulldogs entered shooting 46 percent on 3-point tries, third best in the nation.

"They're very well-coached," said Bulldogs coach Ben Howland. "And they're an incredibly old team. They have 23- and 24-year-old guys. They're a tournament team."

Richmond's Nathan Cayo, Jacob Gilyard and Sherod are in their fifth college season. Center Grant Golden (17.7 points, 6.2 rebounds per game) is in his sixth year.