Nick Bolton Aims to Continue Record-Breaking Season into the Playoffs 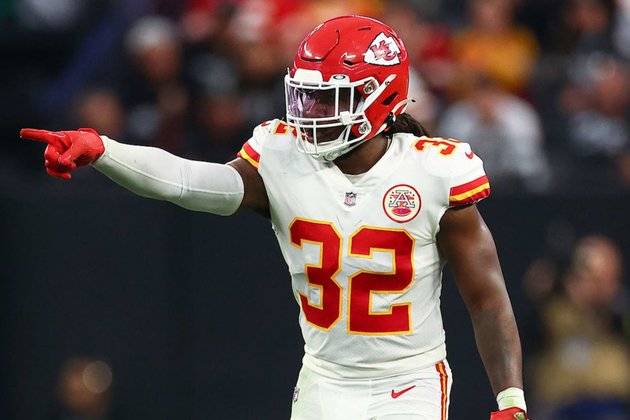 It was an incredible, franchise-record-breaking season for Kansas City Chiefs' linebacker Nick Bolton in 2022. The second-year player's tackling ability was matched only by his exceptional leadership, and now with the playoffs underway, he'll aim to continue his strong play well into the postseason.

Bolton is undoubtedly a great player, but what has set him apart from others this season has been his ability to lead the defense. Bolton - at only 22-years-old - has stepped up to serve as the "green dot" this year, which essentially acts as the quarterback of the defense.

He also established himself as one of the best tacklers in the NFL this year. Bolton finished the regular season with 180 total tackles - the second-most in the league and a single-season franchise record.

Additionally, Bolton set another single-season franchise record by racking up nine games with 10 or more tackles. Setting two franchise records in one season is no small feat, and it goes to show the type of season that Bolton just put together.

"He's as sure of a tackler as you have in this league," said Reid.

Bolton has everything that you want when looking for a linebacker. He's smart, he flies to the ball, and he's a great example of a leader. Those qualities have collectively been the driving force behind his breakout season.

It was simply an outstanding year for the former University of Missouri star, but just like the rest of the squad, Bolton isn't focused on individual accolades. Instead, has his sights on a championship, and that journey begins on Saturday with a bout against the Jacksonville Jaguars.

"I'm ready to play - I just took a week off and it felt like forever," said Bolton. "I'm ready to get back out there."

Public health experts have welcomed Mexico's ban on cigarette smoking in all public places, including hotels and beaches, after the ...

France military ordered out of Burkina Faso in west Africa

OUAGADOUGOU, Burkina Faso: As Burkina Faso, in western Africa, faces an Islamist insurgency, it is set to end a military ...

As births continue to fall, Japan seeks incentives for parents

TOKYO, Japan: Japanese Prime minister Fumio Kishida said this week that it was "now or never" for Japan, one of ...

US moving towards offering annual Covid vaccines to most Americans

WASHINGTON D.C.: As part of its efforts to simplify the national COVID-19 vaccine strategy, the US Food and Drug Administration ...

WASHINGTON D.C.: US authorities said this week that a surge in Cubans and Nicaraguans arriving at the US border with ...

Artificial meat given first approval by US officials

NEW YORK CITY, New York: As early as this year, lab-grown meat could be served in some restaurants in the ...

As travel opens up, Thailand prepares for 5 million Chinese tourists

BANGKOK, Thailand: Following China's reopening and the end of its strict COVID-19 restrictions, businesses on Thailand's holiday island of Phuket ...