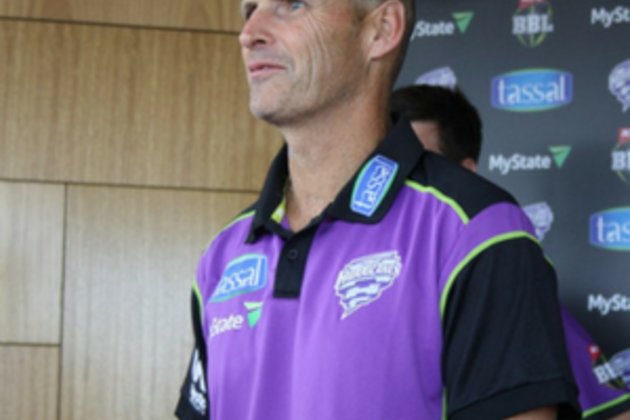 According to the Cricbuzz website, Kirsten looks likely to be brought in as a mentor to team director Enoch Nkwe.

"I'm always willing to help in whatever way possible but only if it's done through a proper and sustainable process and not just a as quick fix solution," Kirsten told the cricket specialist website.

Kirsten currently coaches the Durban Heat in the Mzansi Super League and is a renowned coach around the world, having led India to World Cup glory in 2011 and taking South Africa to the No 1 Test ranking in 2012. He has also worked with the Hobart Hurricanes in Australia's Big Bash League and the Royal Challengers Bangalore in the Indian Premier League.

Nkwe, who started his tenure with a 3-0 away series loss to India earlier this year, looks likely to stay on in the role for the upcoming Test series against England.

The organisation also confirmed that former Proteas captain Graeme Smith was set to be named director of cricket.

"I'm happy to announce that we have engaged Graeme Smith and I am confirming that he has agreed that by next week Wednesday all of the negotiations around the contract terms that need to take place would have been concluded," CSA president Chris Nenzani said over the weekend.

Faul commented: "I hope to meet with Gary during next week or call him. The director of cricket will also be in contact with him. Hopefully we can involve him. He has a lot to offer."

Senate approves impeachment rules after being rebuked by chief justice

OUAGADOUGOU, Burkino Faso - (ANI/Sputnik): Thirty-six civilians were killed on Monday in an attack on a market in Sanmatenga province, ...

WHO: Coronavirus could spread to other countries "in coming days"

GENEVA, Switzerland - The World Health Organization (WHO) says the novel coronavirus could spread to other countries "in the coming ...

BRASILIA, Brazil - Brazil has shown a marked increase in foreign investment over the last year, pushing it from sixth ...

SYDNEY, Australia - Stocks in Asia rebounded on Wednesday, clawing back some of the extensive losses of a day earlier.The ...

NEW DELHI, India: At least five flights were diverted from the Delhi Airport due to bad weather on Wednesday morning."Five ...

BRASILIA, Brazil - Brazil has shown a marked increase in foreign investment over the last year, pushing it from sixth ...

AUSTIN, TEXAS - With China poised to increase purchases of U.S. agricultural goods this year as part of a Phase ...