Endurance Reports Commencement of Drilling at the Reliance Gold Property

VANCOUVER, BC / ACCESSWIRE / November 23, 2020 / Endurance Gold Corporation (TSXV:EDG) (the 'Company') is pleased to report the commencement of a reverse circulation (RC) drill program on the Reliance Gold Property (the 'Property') in southern British Columbia. The Property is located 4 kilometres ('km') east of the village of Gold Bridge with year-round road access, and 10 km north of the historic Bralorne-Pioneer Gold Mining Camp which has produced over 4 million ounces of gold.

The initial shallow targets planned for testing in this drill program include the Imperial, Imperial North, Eagle and Eagle South targets. For access and logistical reasons drilling has commenced on the Imperial Zone where historic drilling has never tested the near surface exposures. Once further road preparation is completed the drill will be moved to the Eagle Targets.

An updated map showing the summary geology together with the complete summary of the 2020 channel sample results along the 1,100 meters ('m') exposed portion of the altered Royal Shear is appended below and available on the Company website.

The Company is proud of its efforts to engage and inform the local communities including the First Nation communities. Engagement and dialogue continue with the affected First Nation communities to determine how we may be able to dovetail opportunities for mutually beneficial participation. As part of this engagement, the company has engaged a contractor from the Tsal'alh community to assist in implementing the drill program.

Endurance Gold Corporation is a company focused on the acquisition, exploration and development of highly prospective North American mineral properties with the potential to develop world-class deposits.

Channel samples were collected by a geologist and assistant using a hand-held electric hammer 'demolition' chisel which extracts a continuous channel in outcrop horizontally across a pre-measured and marked outcrop face. In 2020 all rock and channel samples were submitted to ALS Global in North Vancouver, BC, an ISO/IEC 17025:2017 accredited laboratory, where they were crushed to 70% <2 mm then up to 250 gram pulverized to <75 microns. Samples were then submitted for four-acid digestion and analyzed for 48 element ICP-MS (ME-MS61) and gold 30g FA ICP-AES finish (AU-ICP21). Over limit samples returning greater than 10 ppm gold were re-analyzed by Au-GRA21 methodology and over limit antimony returning greater than 10,000 ppm Sb were re-analyzed by Sb-AA08 methodology. Grab samples are selective by nature and are unlikely to represent average grades on the property or within the target areas. The work program was supervised by Darren O'Brien, P.Geo., an independent consultant and qualified person as defined in National Instrument 43-101. Mr. O'Brien has reviewed and approved this news release.

Neither the TSX Venture Exchange nor its Regulation Services Provider (as that term is defined in the policies of the TSX Venture Exchange) accepts responsibility for the adequacy or accuracy of this news release. This news release may contain forward looking statements based on assumptions and judgments of management regarding future events or results that may prove to be inaccurate as a result of factors beyond its control, and actual results may differ materially from the expected results. 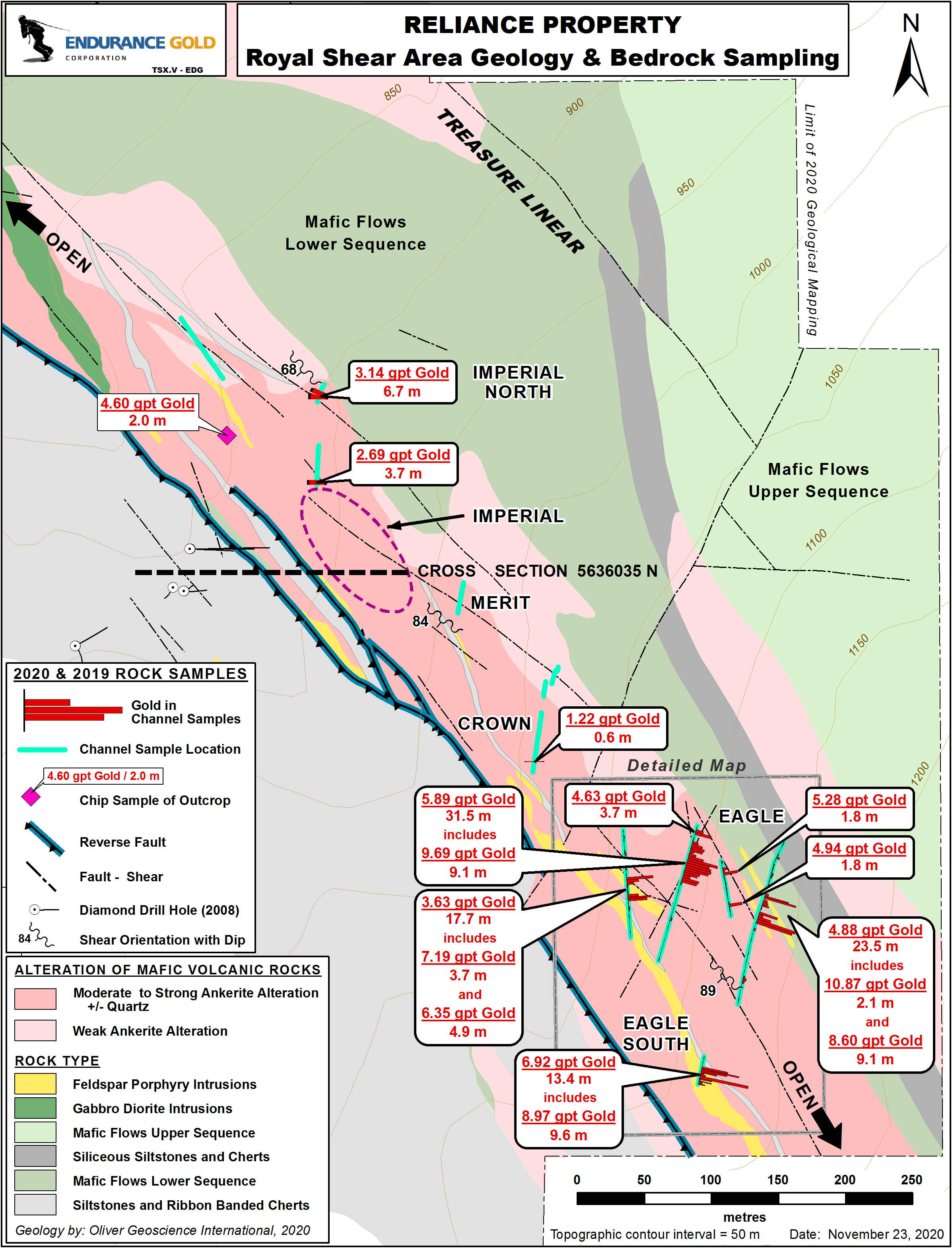 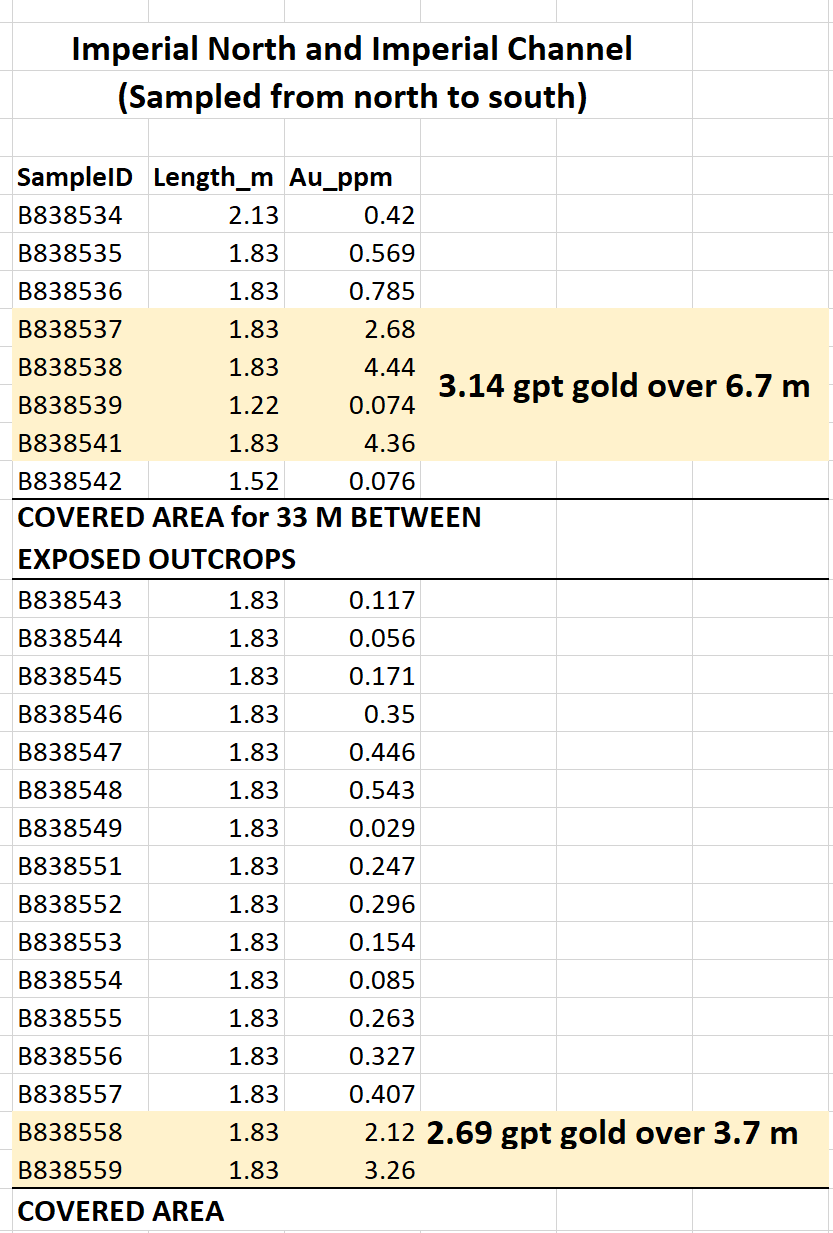 As Trump said, Joe Biden is going to need a lot of luck

While Joe Biden's Presidency gives people a chance to rebuild, it also faces the bitterness and opposition of Trump's ever-loyal ...

Europe says it is ready for a new start with U.S.

NYC man accused of threatening to murder Representatives and Senators

NEW YORK CITY, New York - A New York City man who who stoked tensions before and after the storming ...

The end of Donald Trump's dysfunctional tenure in the White House means the start of a relatively normal presidency under ...

U.S. President Donald Trump left the White House for the final time on Wednesday, heading by helicopter to a nearby ...

NEW YORK, New York - U.S. industrial stocks closed lower on Friday as fears of prolonged lockdowns due to the ...

SYDNEY, NSW, Australia - Stocks in Asia were sold off on Friday.All the major indices lost ground, while the rout ...

LIMERICK, Ireland - A boost for Ireland's expanding tech sector are plans by a giant telco supplier to recruit scores ...

The EU has a large fleet that fishes outside European waters. Nearly a third of its catch comes from non-EU ...