Tyson Etienne heats up in second half as Shockers win 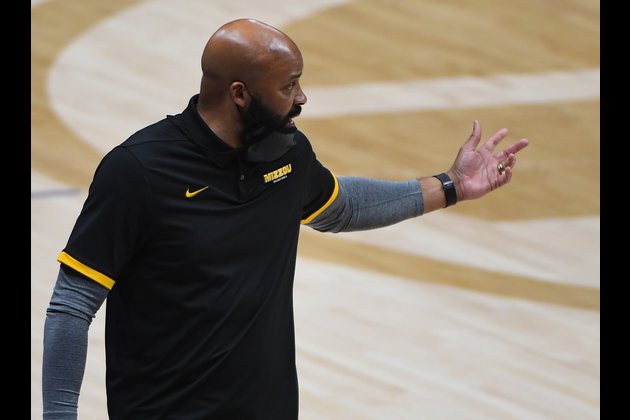 Tyson Etienne scored 13 of his game-high 18 points in the second half as Wichita State outmuscled Missouri in a 61-55 victory in Columbia, Mo.

The Shockers never trailed in defeating Missouri for the first time in history after losing the first four tries.

In addition to Etienne, Wichita State (5-1) was led by Morris Udeze with 15 points and Kenny Pohto with 10.

Wichita State used an 8-0 run midway through the second half to open up its largest lead of the game at 41-30. Missouri could get no closer than seven points the rest of the way, until Davis hit a layup with nine seconds left to complete the scoring.

Every time the Tigers chipped away at the lead, the Shockers responded.

The problem for the Tigers, as it has been all season, was their outside shooting. Missouri missed its first 11 shots from 3-point range and finished 2 of 18 from outside the arc.

The Shockers were 6 of 17 from 3-point range. Etienne hit a long-range jumper with just over three minutes remaining to give Wichita State its largest lead at 55-42.

Neither team could get much offense going in the first half. Wichita State's defense showed up early, as the Shockers held the Tigers to just two makes in the first nine shots. But the Tigers eventually found the range enough to tie the score at 20-20. The Shockers took a 26-23 lead into halftime.

The Shockers shot 37.5 percent from the field (9 of 24) in the first half, including 3 of 10 from 3-point range. Missouri was even worse, hitting just 10 of 31 attempts (32.3 percent). The Tigers missed all five first-half attempts from behind the arc.

Pohto led Wichita State with six points at the half. Coleman had the same point total to lead the Tigers.